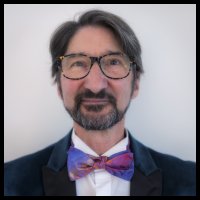 John Walker Pattison was born on Monday, 4th February 1957 to parents John and Ruby. He has lived most of his years in the wonderful seaside town of South Shields, and enjoyed an uneventful, but happy childhood, and he loved to seek out trouble. Today, Pattison enjoys being the practical joker, especially with his grandchildren. He openly admits to spending his school days clowning around, and neglected his intellectual chemistry, subsequently leaving school with a handful of worthless qualifications. In 1973, he started work in a local shipyard until the spectre of cancer gripped his future in a deathly stranglehold. What happened next is his unique story, his Memoirs of a Cancer Survivor.

Blenkinsop Blabbermouth and the Ghost of Broderick McCaffery

Daniel and his best friend, Papa, make their way through a sinister cave, where a crow picks at the little flesh that remained on a pile of bones. The misshapen walls of the cave, embedded with diamonds, glisten and gleam like mysterious eyes watching their every footstep.Into the enchanted forest they march, but soon they are confronted by a fierce crocodile, then a frustrated condor, before being tasked with helping Ernest, the rarest of rare custard elephants.Papa told Daniel about Captain McCaffery’s wicked gang of cutthroat crew. The most feared was Crazy Maisie, the wife of McCaffery. An incredibly large and feisty woman; her red beady eyes peered out through a wild tangle of matted hair like those of a wolf about to make a kill. The crew was in absolute fear of her, claiming that she was at least 150 years old; the skull tattooed on her right cheek was proof that she was indeed possessed by evil.Eventually, the two adventurers make it to the glittering treasure of Broderick McCaffery, which lay scattered at the entrance of the Cave of Eternal Screams.But, to protect his treasure, McCaffery used black magic. He also had the help of Sidero, a sly, slithering snake, with fiery red eyes filled with torment, a forked tongue that flicked in and out, and a mouth filled with bloodthirsty razor-sharp fangs.Then, a single bolt of zigging and zagging lightning jolts across the sky like one million volts of electricity screaming in anger! As they stand in fear, the delicate sound of thunder fades into the distance and a voice booms out from the cave entrance…

Me and My Shadow

Me and My Shadow – Memoirs of a Cancer Survivor is a brutally honest account of one teenager’s struggle to understand and deal with the most feared diagnosis known to society: cancer.

At 18 years of age, John Walker Pattison was thrust onto a roller coaster ride of emotional turbulence – his innocence cruelly stripped from him; his fate woven into the tapestry of life.

After years of failed chemotherapy and radiotherapy treatments that ravaged his physical frame and almost destroyed his psychological stability – his parents were told that he would not survive. Yet, today, he is one of the longest surviving cancer patients in the UK.

Eight years after his unexpected recovery, the news that all parents fear, his daughter is diagnosed with terminal leukaemia. Yet like her father, she too would defy the odds and go on to become an international swimmer.

Pattison turned his life full circle and became a cancer nurse specialist at the same hospital that made his diagnosis decades earlier. He prescribes chemotherapy and cares for individuals with the same cancers experienced by both him and his daughter.

Throughout his journey, Pattison’s inspirations were the space rock legends, Hawkwind. He would get to play on stage with his heroes at the Donnington Festival in 2007.

More significantly, he found solace throughout his cancer journey in the history and spirituality of the Lakota Sioux Nation. In 2018, he would spend time on Pine Ridge Indian Reservation with the indigenous people of South Dakota. The same people who, unknowingly, supported him through life's greatest challenge: cancer.

No one could tell a tale like Papa, not even Pinocchio…

He told Daniel of his fights with lions, tigers and even a great white shark; he had even captured the Loch Ness Monster before letting it go again…

Papa claimed to have climbed Mount Everest barefoot and had slurped tea with the queen of England. He had done it all, an undercover agent for the FBI, a champion rodeo rider and he had even swum across the Atlantic Ocean in just one day…

Daniel had heard most of Papa’s claims before, but now he was ready to be part of the next weird adventure…

The feisty twelve-year-old was born with the gift of intrigue, willing and keen to search out trouble wherever and whenever he could, and once the trouble had been discovered, he would always blame Papa...

This first chronicle of adventures of Daniel and Papa includes four very different adventures of suspense and mystery; but no matter where they go, trouble is never far away…

Fasten your seat belt and join Daniel and his best friend, Papa, on their ‘Strange Trips and Weird Adventures’.

I’m glad to share that my book, Strange Trips and Weird Adventures, got featured by itvNEWS. The magazine also shared my journey of becoming a published author. Get more details here.

Me and My Shadow

Almost 50 years in the making, ‘Me and My Shadow – memoirs of a cancer survivor’ is my brutally honest account of cancer survivorship through the eyes of an adolescent. But also the viewpoint of ........

We all share a special bond with our children, whether we are parents, grandparents, aunts or uncles. But the one remarkable factor that makes us the same is our goal of wanting to provide the v ........

www.strangetrips As in Chapter One, it is almost ready for lift off with the rocket boosters now on a slow burn. Publication date is Wednesday, 30th June although Strange Trips and Weird Adve ........

Austin Macauley are one of the fastest-growing publishers, striving hard to give authors the best chance of succeeding in an increasingly crowded market. With headquarters in London, New York and Sharjah, Austin Macauley Publishers™ have established themselves as an energetic and innovative independent trade publishers.